No Matter what your reason for visiting the Highlands, Your sure of finding lots of things to do and places to visit. From championship Golf courses and historic monuments to Wildlife and adventure parks, with everything in between, there truly is something for everyone here.
You will find a list of more places to visit and things to do in the welcome pack in your apartment, but below is just a very small selection of some of the things to see in the area 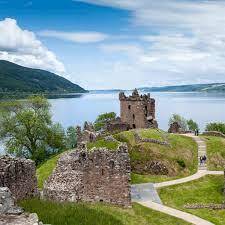 This beautiful loch located near Inverness is shrouded in mystery. Tales of a large monster living deep beneath the dark expanses of Loch Ness have circulated the world since the first photograph emerged in 1933. With over 1,000 eye-witness accounts, sightings and unexplained evidence, scientists continue to be baffled by the existence of Nessie. See for yourself on a boat trip and Nessie cruise from Inverness, Fort Augustus and Drumnadrochit.

Did you know that Loch Ness contains more water than all the lakes of England and Wales combined, making it the most voluminous lake in the UK? This corner of the Highlands is world-famous for its dramatic scenery, great adventure sports and nearby castles and solitary lighthouses dotting the landscape. So take a Loch Ness break and enjoy a monster holiday! 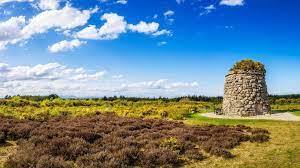 Visit the powerfully moving site of the final Jacobite Rising – the last and most harrowing pitched battle to be fought on British soil. Explore the interactive visitor centre, view fascinating artefacts from both sides of the confrontation, and experience the battle in our immersive surround cinema

On 16 April 1746, the final Jacobite Rising came to a brutal head. Jacobite supporters, seeking to restore the Stuart monarchy to the British thrones, gathered to fight the Duke of Cumberland's government troops. It was the last pitched battle on British soil and, in less than an hour, around 1,500 men were slain – more than 1,000 of them Jacobites.

The richly researched, stimulating and sensitive Culloden Visitor Centre, which stands beside the battlefield, features artefacts from both sides of the battle and interactive displays that reveal the background to the conflict. It stands as a monument and a guide to a pivotal day in history. Discover how a bloody fight that lasted only an hour changed life in the Highlands forever. A visit to Culloden is a poignant experience. Headstones mark the graves of hundreds of clansmen who gave their lives for the Jacobite cause; a 6m-high memorial cairn honours the fallen; and an eerie silence often falls across the wild moor… 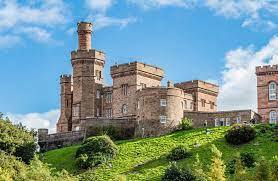 A fortification has existed on the site of Inverness Castle since at least the eleventh century AD. It was rebuilt into an eighteenth century citadel, known as Fort George, following the first Jacobite rebellion and a hundred years later was converted into the neo-Norman style structure visible today. During the Commonwealth period Cromwell's Fort stood nearby.

The North Highlands has become one of the most iconic destinations in Scotland because of the NC500.  Why not take the Road That Never Was, That Suddenly Appeared, As If By Magic!

Taking the NC500 route helps you to discover the best the Highlands has to offer, from magical and mystical castles, sample amazing local produce, with fresh from the sea and land specialties, the wonderful distilleries and breweries or take to the water on an exhilarating wildlife safari. The North Coast 500 offers a truly unique touring experience, quite unlike anywhere else in the world and many of those who have done it have said it was life-changing for them.

Bringing together a route of just over 500 miles of stunning coastal scenery, the North Coast 500, naturally follows the main roads along the coastal edges of the North Highlands of Scotland, taking in the regions of Wester Ross, Sutherland, Caithness, Easter Ross, the Black Isle and Inverness-Shire.

The route begins and ends in Inverness at Inverness Castle which, perched on top of a hill, is the perfect starting point to the route and offers unparalleled views from its viewing tower over the capital city of the Highlands. The NC500 was launched only 5 years ago, yet in that time, it has reached a global audience of over 2.3 billion and ranked by so many independent sources as the best road trip on the planet.